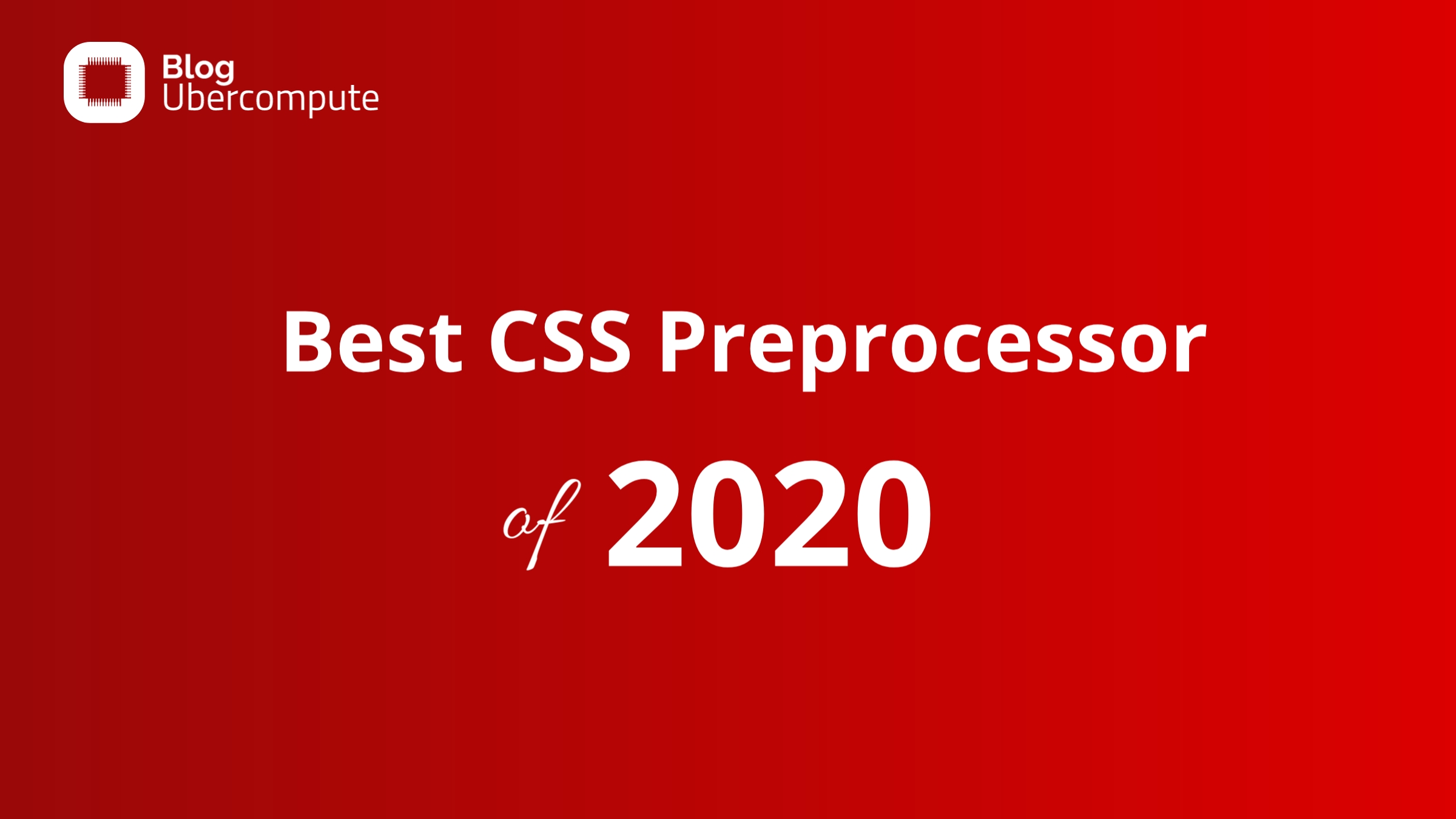 A CSS preprocessor is a scripting language that extends CSS and gets compiled into native CSS syntax that your browser expects to see and render. A CSS preprocessor lets you use nesting, mixings, functions, partials, etc which is not currently supporting my native CSS. Adding CSS preprocessor to your project gives you CSS superpower where you can use a single piece of code multiple and also you can target multiple browsers.

There are several CSS preprocessors exists nowadays, out of these Sass, Less, Stylus, and PostCSS are very popular among dev community but also there few less popular CSS preprocessor is there which has large numbers of users. Let’s talk about these –

Syntactically Awesome Style Sheet which commonly known as SASS which is the oldest CSS preprocessor that was released in 2006. SASS is the most stable, mature, fully-fledged, and powerful professional class CSS extension language in the world. Creators of SASS are Hampton Catlin and Natalie Weizenbaum they were influenced by the Haml templating language which adds dynamic features to HTML. SASS needs Ruby to work and offers two different syntax types depending on the user’s preference. It is easy to adopt its principles as it is the most common language choice as it doesn’t differ syntactically from plain CSS. There is also a C/C++ port of the Sass precompiler known as LibSass which gives a high boost to the utilization of SASS.

Learner style sheet which commonly known as LESS is another most popular CSS preprocessor and strong also. In its feature set its style looks similar to SASS. After used in the source twitter bootstrap it popularity got a big boost. It is a dynamic stylesheet language written in javascript that compiles to CSS and runs on the server-side as well as the client-side.

The stylus is a dynamic CSS preprocessor language that is designed by TJ Holowaychuk who is also the creator of luna language. The initial design of stylus was influenced by LESS and SASS but it provides a wider range of features and it gives users more freedom. The stylus is used by Mozilla to redesign its developer network. It makes coding more presentable and readable as it allows colons, semicolons, and omit braces.

When it comes to preprocessing PostCSS is the best alternative of SASS, LESS, and stylus. It grasps a modular plugin system which allows user to customize their compilation and feature set as much as they want. In this, you can simply add plugins whichever you want to use.

A Compression of Interest of Stylesheet Technology on google

It ranges way behind SASS AND LESS in terms of popularity but it shouldn’t be an excuse to misjudge its ability as it comes with modern features that enable a modern and uncluttered CSS workflow.
It is written in PHP which can be used neatly in conjunction with popular PHP content management systems such as Drupal or WordPress, But it can also be used in javascript by JS API.

This one is completely different from others as it pretty much does away with the conventional language of CSS. It makes use of maps to represent declarations and vectors to represent rules that are invented for stylesheet authors who were interested in what’s possible when you trade a preprocessor for a programming language.

Myth is a Nodejs based CSS preprocessor that lets you use future CSS without worrying about browser support and W3C follow suit. it is like CSS polyfill.

Why Do We Use SASS Instead Of CSS?